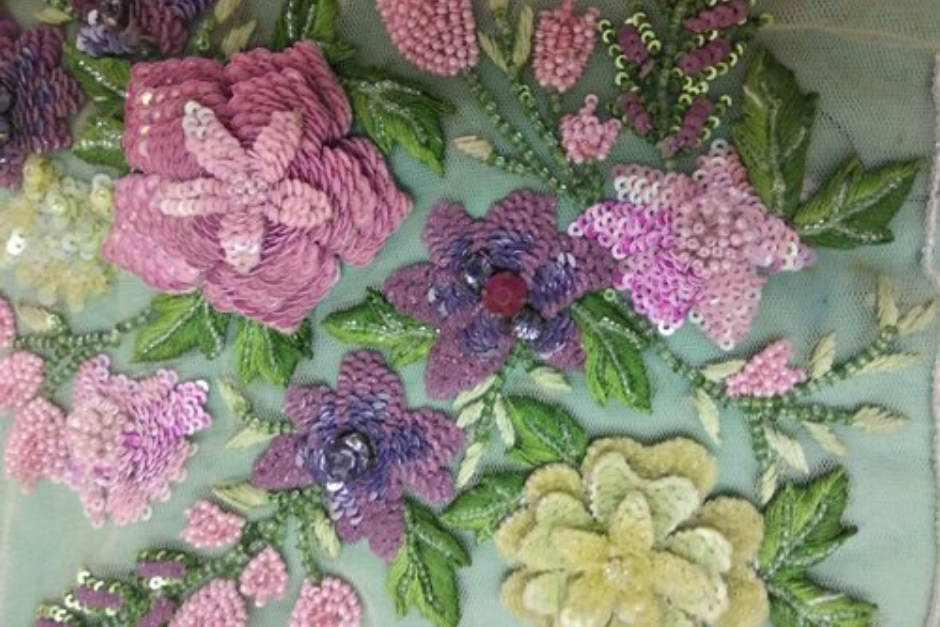 North Indian Embroidery has evolved a lot since it has been started. New designs are continuously added depending on fashion trends and the tastes of people and their demands. Bright, colorful and attractive, this ‘flower work’, is credited to women of rural Punjab, Kashmir, Uttar Pradesh, Rajasthan and Haryana, and is found on items of clothing and decoration. 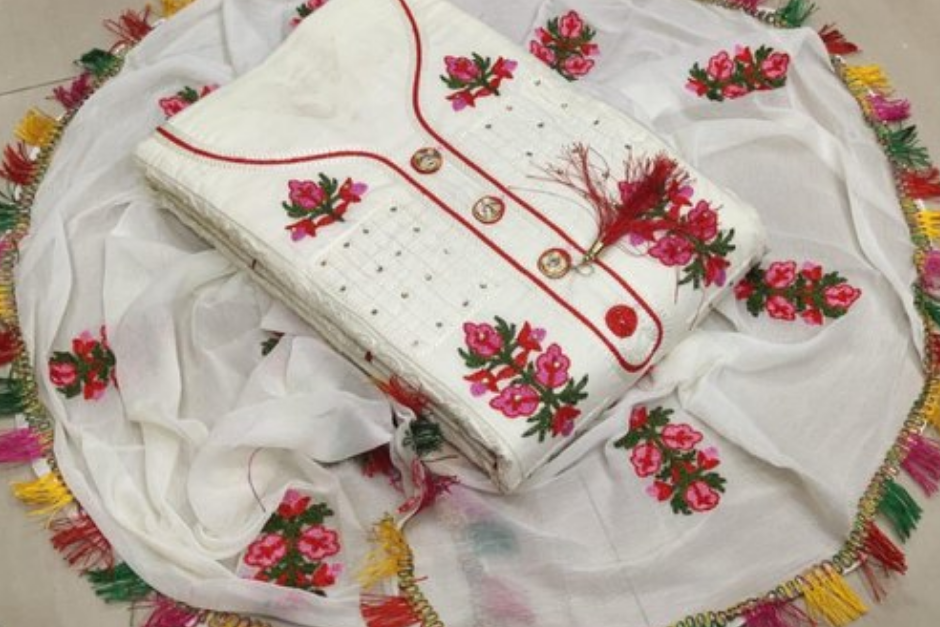 Then During its early years, North Indian Embroidery was done on thick cotton called khaddar, and its colors symbolized who it was meant for — white was used by old women or widows, red was seen on young girls and brides-to-be, and blue and black were meant for daily use. Designs of plants, animals, jewelry and geometrical shapes were common. There have many changes in the motifs designs that were used earlier and the motifs used nowadays, the essence remains the same but the motifs used nowadays are a more stylized version of the existing motifs. In earlier times, North Indian embroidery was done only on woolen and typical or the normally used cotton fabric but with changing fashion trends and demand of people, from the 19th century onwards, varieties of silk and cotton came into use. The embroidery threads used earlier were fine quality woolen yarn. Gradually, woolen yarns were replaced by rich silk threads.

Now If you’re a fan of Bollywood, you’d have seen many Yash Raj heroines wearing phulkari dupattas. It has even made its way onto fashion ramps, with designers using it for saris and kurtas. You’ll probably spot someone wearing a phulkari shawl or outfit at the latest do or during winters. Nowadays, bright, gorgeous rayon threads, has entered the industry. Even Cotton threads are used too. It is interesting to note that at first only pastel-colored threads were used earlier, but nowadays both the base fabric and the threads are dyed and bright or dark colors are used according to consumers' demand. 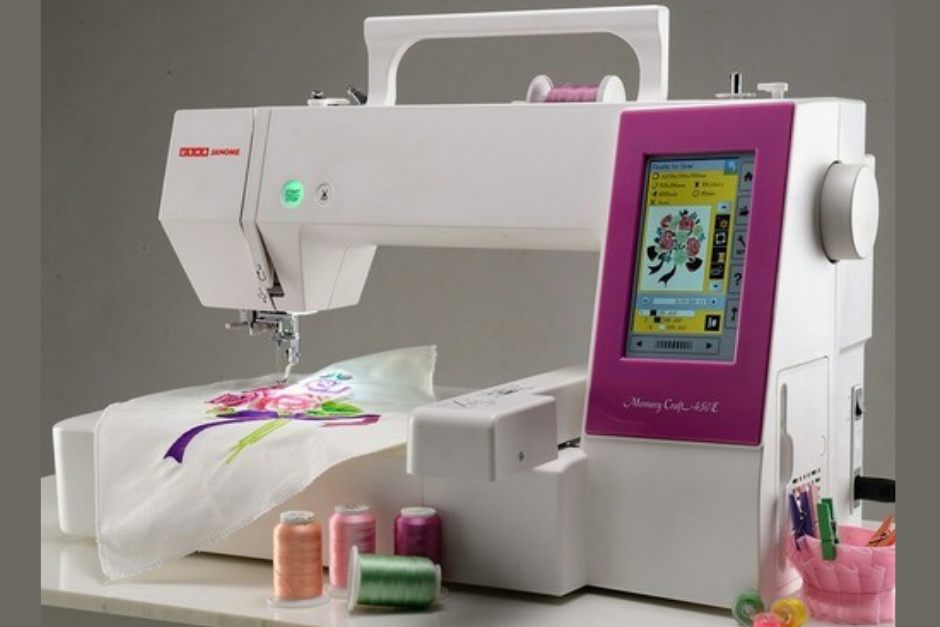 The old craft of embroidery was considered outdated. However, Innovative ideas were introduced as the embroidery sector is a traditional sector of India and it has gained a lot of importance. With the transition of the garment industry and to meet the demands of the ever-changing requirements of the public. Embroidery provided a good ground for manufacturers. 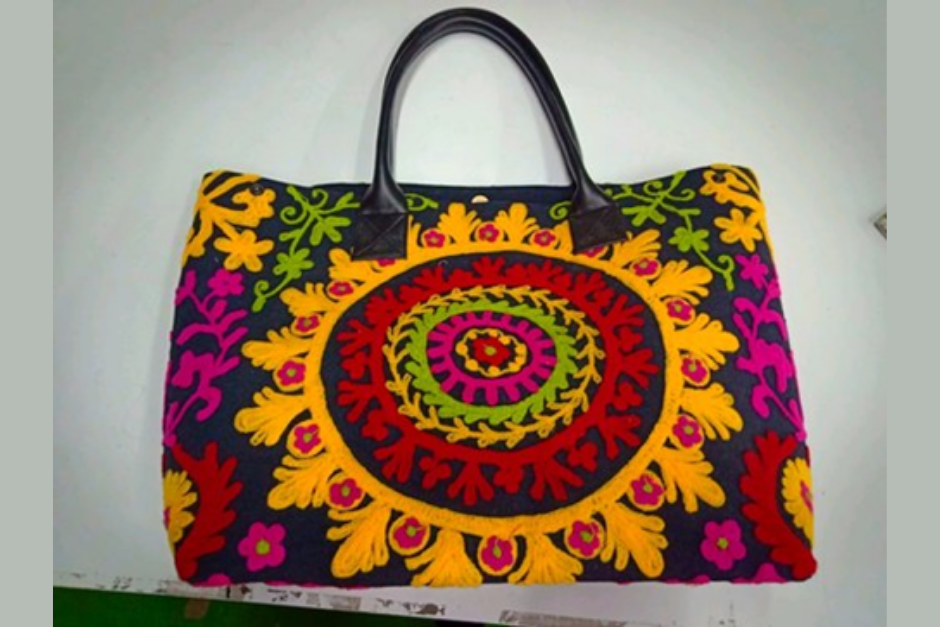 With the arrival of the latest technologies and computerized embroidery machines, advancement has been brought in traditional ideas of embroidery. 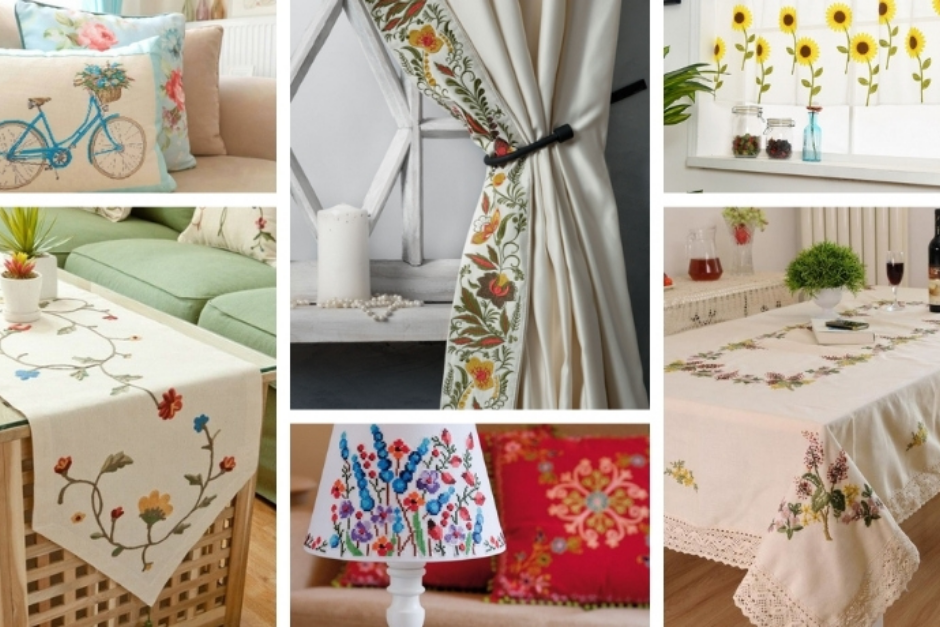 Indian embroidery is not only restricted to traditional clothes but has seeped into western outfits.

The demand of the public has increased due to innovative and beautiful designs of handicrafts.

At the time, it was considered to be unholy to dress a child in newly bought attire. These quilts were quite vibrant especially since the motifs were made using colored threads, especially in a darker shade. Every color used had a purpose and depicted something, like red symbolized blood and yellow for the sun. 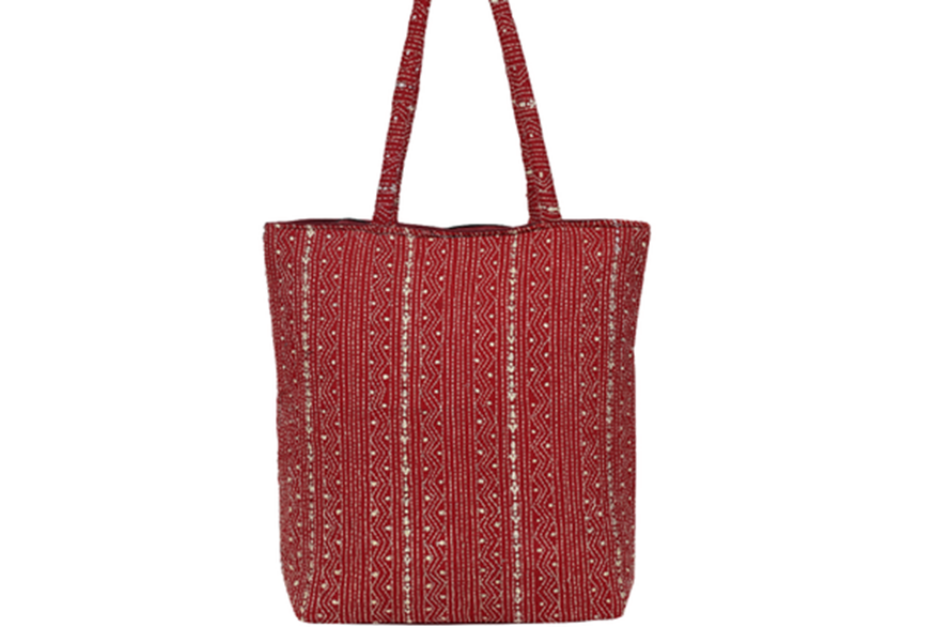 These motifs depict various pictures for men and women, dressed in traditional attire and scenes from joyous events, such as festivals and celebrations. Other common depictions include those of deities, animals, birds such as peacocks, plants, and flowers as well as the Sun, Moon, and other powerful forces such as characters from mythology. This embroidery used to embellish quilts can now be seen on various apparel of Indian ethnic wear and remains a favorite among designers for its unique charm. Apart from that, with the commercialization of the embroidery designs, it was then even added onto pillow covers, curtains, bread spreads, and many more.

The Sujani is not merely a traditional craft. It is also a way to convey social and political messages. A typical Sujani embroidered quilt conveys two different messages – from a drunken man physically abusing his wife to women compelled to observe the purdah, and practices of dowry being given on one hand. Alternately, the other half includes motifs and scenes like a woman as the speaker or host of a public gathering, a female judge, or a scene depicting a woman selling goods and earning a living for herself.

UNESCO Seal of Excellence 2019, which is also called the Seal Award, was given to Sujani art for its marvelous contribution towards Indian rich history and heritage. We must treasure and promote such great embroidery which is recognized by UNESCO 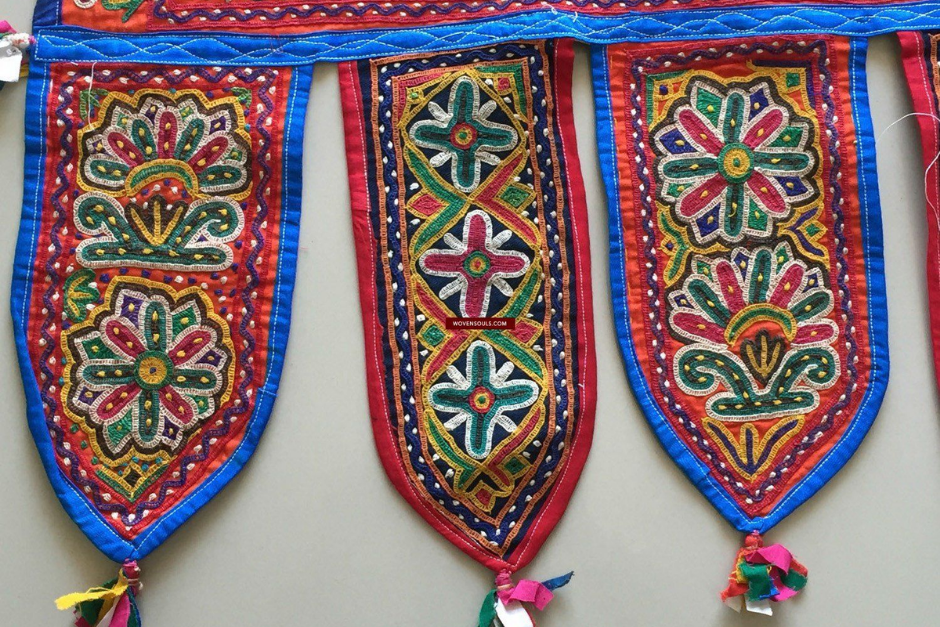 Embroidery is a common craft of the region. Saurashtra and the Kutch region of Gujarat are known for lavish embroidery. The famous embroideries of Gujarat are Kathi, heer, abhala that is mirror embroidery and appliqué work. Crochet lacework is famous in Jamnagar of Gujarat. The state is also well known for Bandhani, which is the craft of tie and dye. Jamnagar, Anjar and Bhuj are famous centres for this craft. Crochet and embroidery have a traditional mark in Goa. Rajasthan also has a distinct style of embroidery. The locals of Jaisalmer have a beautiful range of embroidery with every variety of stitch. The pichwai of Nathdwara and gota work are some exclusive embroidery of Rajasthan. 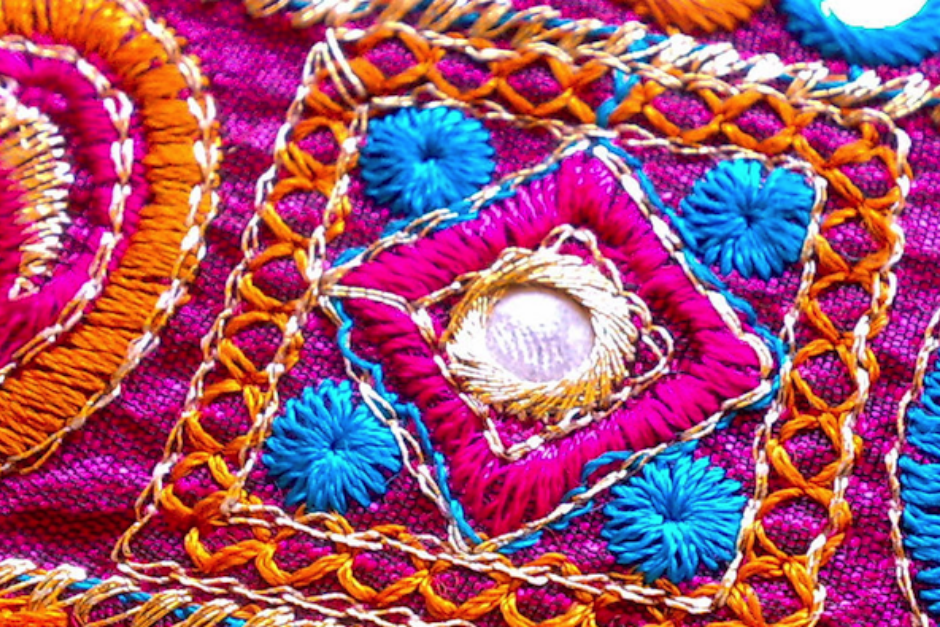 Handloom is another craft of the region and each state specializes in weaving some kinds of saris. Maharastra is famous for Paithani saris, which has a magnificent pallu woven in brightly coloured rosettes and birds. The tussar silk produced in Maharastra is called Kosa silk. Some varieties of Kosa silk produced here are motha choukada, lahan choukada, gunja salai, teen dhari choukada and rasta choukada. Masuriya is a rare cotton fabric woven in Rajasthan, which has a lovely texture. Himrro is another type of brocaded material where the jala design is made. The jala design consists of intricate geometrical designs like circles, octagons, ovals, ellipses, diamonds, flowers like rose, lotus, jasmine. Gujarat is known for anchor fabric, which has bright base colours like blue, purple, green or red. Patola is a colourful saree, which has a figured body and a subtle merging of one shade in another.

Woodcarvings find a special place in the crafts of the western region. The woodcarvings of Gujarat have mostly floral and geometrical designs. The woodcarvings of Goa are an aesthetic blend of Portuguese and Indian cultures and the designs are primarily floral, animal and human figures. Pipar and Bhari Sajanpur in the Pali district is known for producing thin bowls from rohida wood. Some of the crafts, which deserve a special mention, are the jadau and Kundan jewellery from Jaipur where uncut precious gems are set into twenty-four-carat gold. Maharastra is famous for leather chappals called Kolaphuri chappals. The tradition of craft has evolved through generations and still, the quest for innovation and invention continues to give each craft a contemporary look. 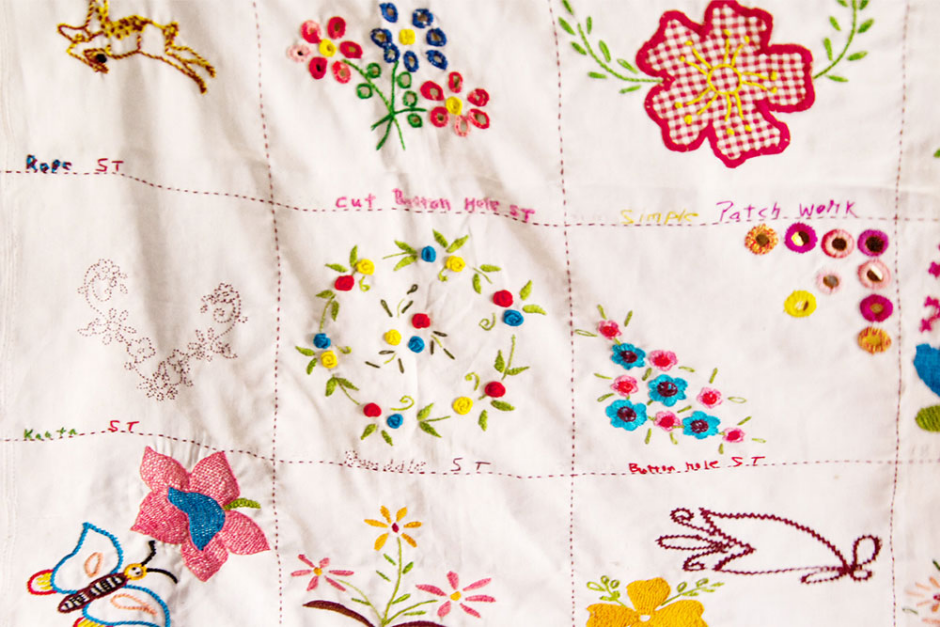 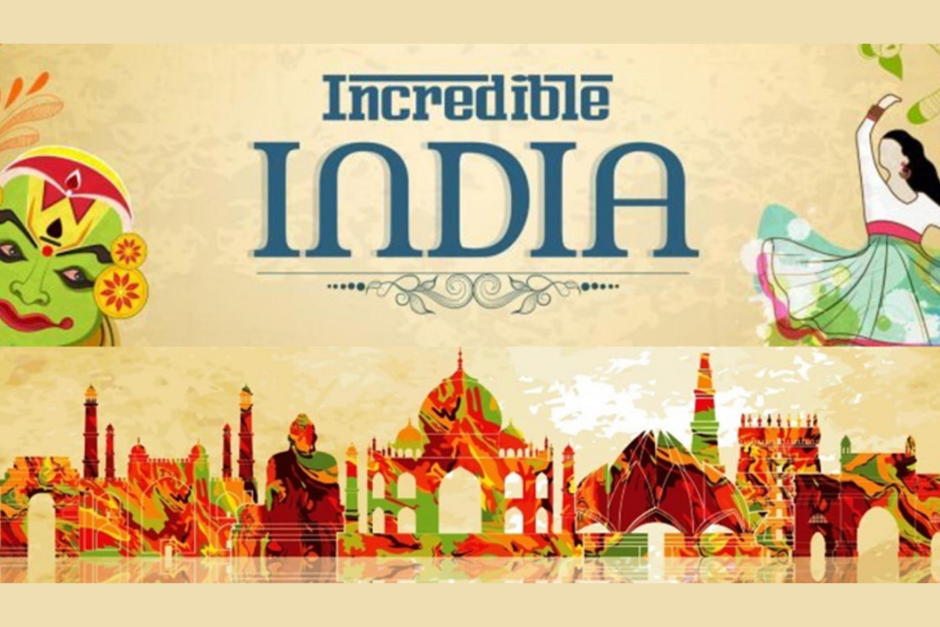 Banjaras is also known as Lambanis or Banjara Lambani are nomadic people who migrated from the states of Rajasthan and North Gujarat to different parts of India before the arrival of Mughals. They are also known as the Gypsies of India. Later they decided to settle down in the Northern part of Karnataka and Andhra Pradesh.

Women in Northern Karnataka are practising the skill of Banjara embroidery and quilt making in abundance. Khowdi is a quilt made with patchwork with an abundance of colours and compositions. Lingayat women are skilled to make the finest quilts. Each quilt uniquely varies from another in its way. Usually, three to six layers of reused fabric are held together by running stitch which creates a visual of concentric rectangle or squares. The layers are at times increased depending on the thickness required.

Traditionally, women of the Banjara community used to gather and sing or dance around the Chatta which is made of four squares joined together. A square divided into four corners is a common motif of Banjara embroidery. 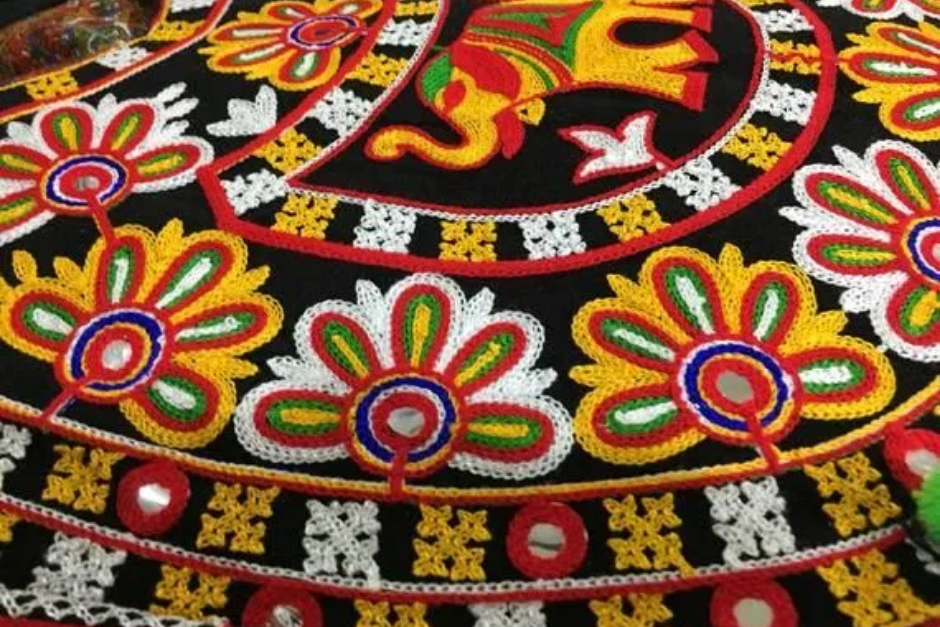 Traditionally Labani community embroidered purja coin purses,patiya neck bands and Kasse leg bands along with their Ghaghra choli and odhani. Apart from their traditional items, they have now started adapting to new contemporary items such as cushion covers and other accessories. Needle and thread are the basic tools required by the Banjara community to practice this skill.